The Third Creek Project was awarded the Community Event of the Year by the Adelaide Hills Council. The group have been rehabilitating Third Creek but it was nominated for the award for the work which has been done in conjunction with the Climbing Club of South Australia below the Norton Summit climbing area. 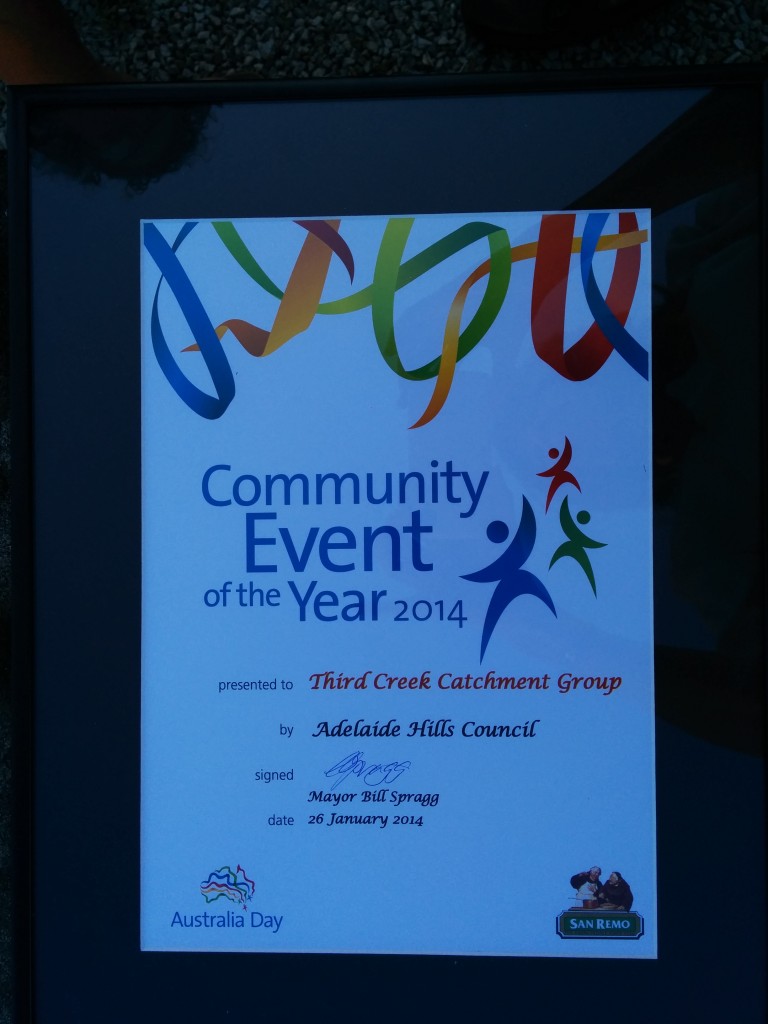 Community Event of the Year award

The Group were nominated for the award due to the involvement of the CCSA and the engagement of climbers in the project, making it a truly community based project. Congratulations All!
The group invited Simon Matthews to accept the award with Brett Haywood at the Marble Hill Australia Day activities, as he has so enthusiastically represented the CCSA at all the working bees. The outstanding effort and recognition of the CCSA is a huge part of this project. 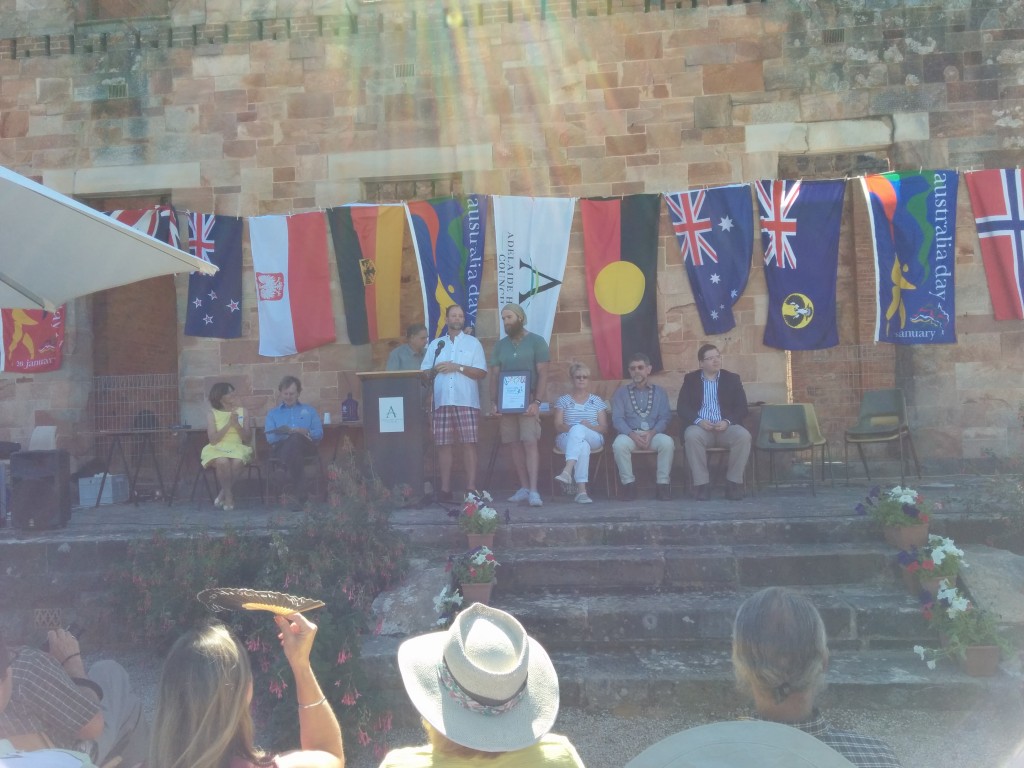 Simon accepting on behalf of the CCSA