It’s back! In its ninth year, the REEL ROCK Film Tour features a special presentation of the highly-anticipated feature-length film “Valley Uprising.” The greatest untold story of American counter culture is that of the Yosemite Valley rock climbers. For the past fifty years, Yosemite’s massive cliffs have drawn explorers and madmen to leave materialism behind and venture onto the high, lonesome granite.

The larger-than-life characters of Yosemite carved out an “extreme bohemian” lifestyle in the Valley, living on red wine and boiled potatoes, clashing with National Park authorities, and pioneering the boldest climbs on Earth. The torch has been passed down across three generations of climbers; through rivalries, tragedies and triumphs, the art of Yosemite climbing has advanced beyond anyone’s imagination. Valley Uprising is the riveting, unforgettable tale of this bold tradition: half a century of struggle against the laws of gravity — and the laws of the land.

Tickets available in store at Paddy Pallin’s now! Discounts apply for Financial members. See the flyer below for more details. 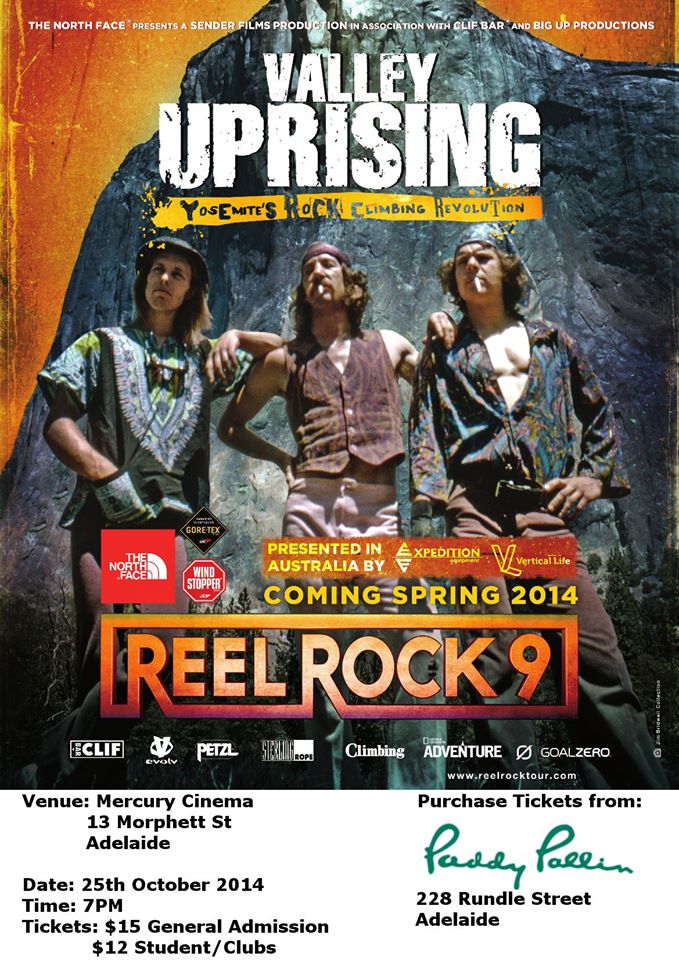